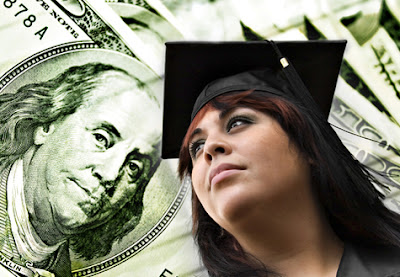 It's estimated that as many as 70 percent of high school graduates attend college within two years after their high school days are over. Based on this number, one can conclude that more students are attending college than ever before. This is partially due to the lack of domestic manufacturing compared to 30 years ago, when one could make a comfortable living working in a factory or on an automotive assembly line. Yes, college is becoming more of a necessity as employers are requiring at least some sort of higher education in order to be considered for jobs.

However, with more students attending college than ever before, college is also more expensive than ever before. American universities are increasing tuition rates on an annual basis, forcing students to graduate with massive student loan debt, get jobs to help offset rising costs and even attend community colleges for two years to save money on tuition costs before transferring to a four-year university. 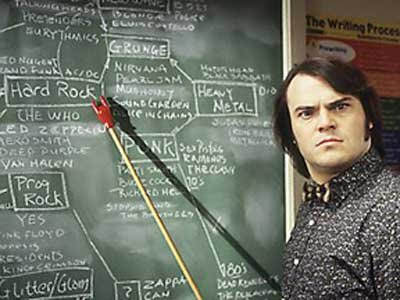 In 1960, Princeton University, which is still considered one of the finest higher learning institutions in the country, charged students $2,260 per year in tuition. Today, annual tuition at the Ivy League university is $48,580. That's an average increase of over $900 per year from 1960 to today. In fact, tuition costs on a whole are increasing at an average rate of 6 percent each year at U.S. universities. To put this rate into perspective, it's one that greatly outpaces any inflation rate.

Based on 2007-2008 rates, the colleges with the highest tuition prices were as follows:
Now consider those rates having increased by six percent over the past five years. The tuition rates are even more shocking.

Conversely, the three least expensive schools for in-state students are as follows (based on 2009-10 rates):
There's an obvious wide gap between the highest tuition rates and the lowest, but there's also an extreme difference between the two types of universities. Generally speaking, private and Ivy League schools are going to cost much more because getting into such a college is a) more competitive, and b) a degree is held in higher regard from such a well-respected institution. Keep in mind that costs are less for in-state students than they are for out of state students.

So with the costs to attend college so high, especially for mid-class and lower-income families that may not have the same financial luxuries of those of the upper middle class and beyond, why is college enrollment at an all-time high? We covered one of the reasons in the introduction - because a college degree is almost a necessity these days to landing a good job. But another reason that shouldn't be overlooked is the role of parents in the decision for their kids to go to college. Parents want what's best for their kids - so they'll typically do whatever it takes to make sure that their children receive a good education that allows them to be successful in life. This often prompts them to take out student loans, refinance their homes and put off retirement, but it's a sacrifice they're willing to make to see their kids succeed. And as long as a record number of students are attending college, and in this economic environment, there's no reason to believe that tuition rates will stabilize or drop in the years to come.

Tuition is one thing. Room and board are another.

At most universities, tuition costs typically only cover the number of credit hours that students are taking. Room and board are separate add-ons to tuition and can increase the cost of college by thousands of dollars. Then there's other extras - such as text books, which can cost hundreds of dollars, parking passes for those that have a vehicle on campus and transportation cards, such as bus passes. The latter two are lesser compared to text books, but still fees that should be accounted for in the budgeting process.

Additionally, optional more "fun" costs include sports tickets, supplies you'll need for your dorm room and the cost to build a loft if you want to open up your room for more space. 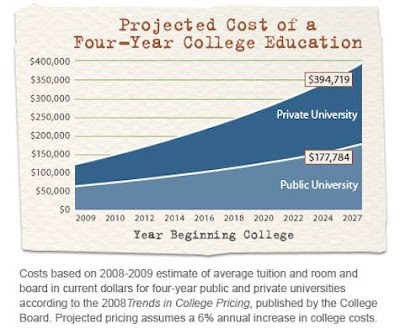 So what are students doing to help offset these costs? There are a number of options that students have, but many are just "drop in the bucket" solutions:
There's an old saying that college "isn't for everyone." However, with the growing competition in the job market and more people attending college now than ever before (not to mention those who lost their jobs during the recent economic recession and are back at school for a career change), college is becoming more necessary now than ever before. And if you're planning on going to college, you better be prepared to pony up the cash, because tuition rates are showing no signs of stabilizing anytime soon.