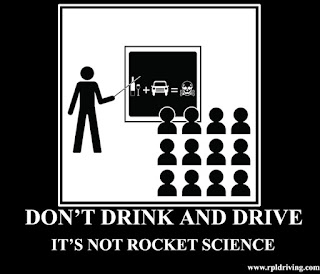 Drinking and Driving has serious consequences and risks. Unfortunately many Americans including college students do it every day. Many people think that because they have only had a little to drink or are not going very far that it is not a big deal. But the truth is that it is a very big deal.

Drunk driving has serious consequences. It is one of the leading causes of death among college age young adults, and has been attributed to 1,400 fatalities every year. The consequences are not just limited to death either. It is also the cause of a half million injuries among colleges students every year. Drunk driving can cause serious injuries to the driver, passengers, people in other cars, and pedestrians.

Some of the worst consequences of drunk driving are not physical. There are emotional, psychological, and other consequences. After an accident, the driver may feel guilt over the pain and suffering they have caused others. There may be consequences because of a loss experienced due to the accident. The loss could be financial, physical, or could be a loss of a job or a scholarship. It could even lead to an arrest and jail time. The driver could even spend most of the rest of their life behind bars. 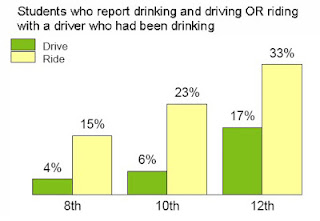 This may be more troublesome than simply driving drunk. Research indicates that people who are merely buzzed or have had only 1 or 2 drinks may be more dangerous behind the wheel, because of something known as the confidence factor. Alcohol initially boosts self-esteem and self-confidence, leading many young drivers to believe that they are better drivers when drunk. As a result they are more reckless, and more likely to attempt stunts they would otherwise not attempt. Combined with alcohol’s motor impairing effects, this makes buzzed drivers very dangerous behind the wheel.

Drunk driving, despite all its negative consequences, is on the rise. Many students simply refuse to acknowledge that their actions have serious consequences. They may see themselves as invincible and believe that they can beat the odds. Even students who have already been cited for drunk driving fail think that they get away with it. In fact, the more times a student drives drunk, the more likely they are to do it in the future. Many students think that they don't get caught because they are good at driving drunk and continue to do so until the consequences become so severe they are forced to stop.
But waiting for college student s to stop drinking and driving on their own is not enough. Too many people die and are injured as a result of these dangerous practices. Recently feminists and women’s rape groups have been talking about a “culture of rape” and have called for an end to that before we can end violence against women. Perhaps a similar approach needs to be taken to drunk driving. 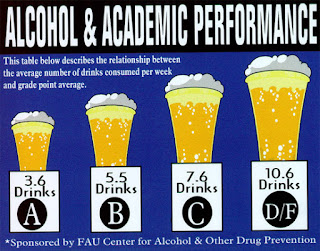 Binge drinking is glamorized in our popular culture, and it is binge drinking that accounts for the majority of drunken driving incidents. While most drivers themselves have not had a large amount to drink, the fact that others in their peer group are binge drinking often leads students to believe that it is ok to drive after having had a few drinks. Students who are at risk for alcoholism or who are alcoholics are often in denial about their problems because they think everyone else drinks to excess just as much as they do.

College students know that drinking and driving is wrong, but because of peer pressure and popular culture they believe it is more important to be cool and drink, rather than to admit having had too much to drink. The problem no longer seems to be awareness, and providing alternatives to driving home drunk. Most schools offer some form of taxi service to students from popular parties and bars, usually with no questions asked, and often as a free service staffed by volunteers. The next step is to get students to use them. 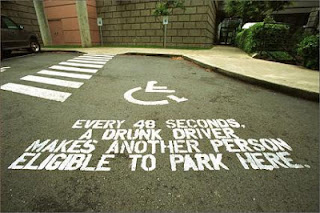 Clearly drunk driving among students is a serious problem that has serious, often deadly consequences. While most students are aware of the dangerous of drunk driving, as many as 1 in 5 students do it anyway. Binge drinking, and occasionally driving drunk, especially driving drunk has become glamorized in our culture, causing students to take unnecessarily dangerous risks out of peer pressure and an attempt to fit in.